You would think that since I’m pulling this sample from a previously worked canvas, the post would have been done immediately!  Procrastination is thy (middle) name!  The Take a Stitch Tuesday 2012 fifth week challenge was the Herringbone Stitch.  This is another stitch I like.  I find it interesting that a number of others taking this challenge report not liking this stitch, nor any of the others we’ve been working on.  This is not surprising, the first five challenge stitches are related.  Like one, like ’em all; and vice versa.

Herringbone is versatile in that it’s easily used on fabric as well as canvas.   My sample is done on canvas.  Take a look at the header.  Can you find it?  It looks like this: 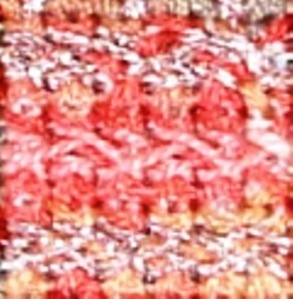 Honey I Shrunk the Heart Block 1

It’s the fourth block on the bottom row of the header.  Of course, if you thought it should have been the first block on the first row, that would be correct, too.  The close-up of that one looks like this: 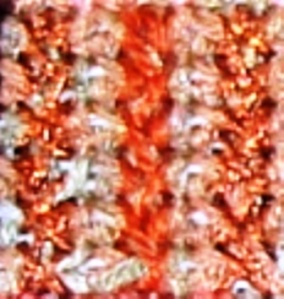 Honey I Shrunk the Heart Block 20

This is called Four Way Herringbone because it is worked in four journeys.  I’ve used four shades of DMC Pearl Cotton and Krienik Braid provides the shine. You can find the directions for this presentation of Herringbone in the plans for Pat Timpanero’s Honey, I Shrunk the Heart.  This was the American Needlepoint Guild’s Stitch of the Month for December of 2000.

The overall design has three squares done with the Four Way Herringbone.  See if you can find them in this picture.  I’ll give you a hint—one is vertical and two are horizontal.  I’ve already shown you two of them!  Look closely! 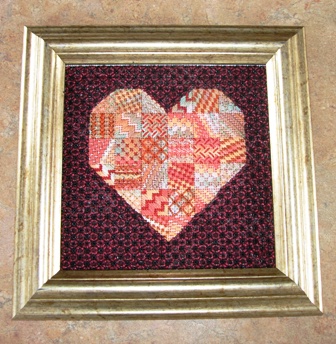 Honey I Shrunk the Heart stitched by Julie Castle 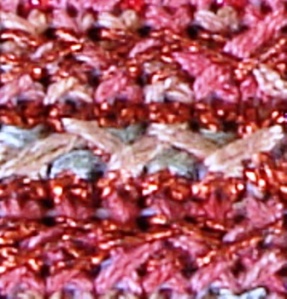 Honey I Shrunk the Heart Block 14

Give it a try!  And let me know what you think!